artwork > Atlas of the Heavens 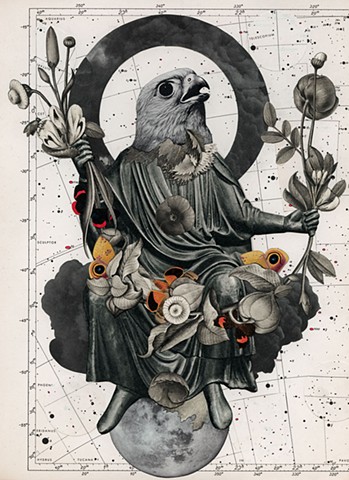 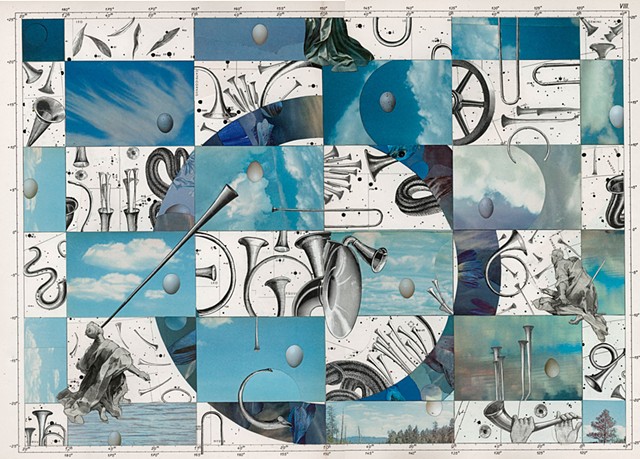 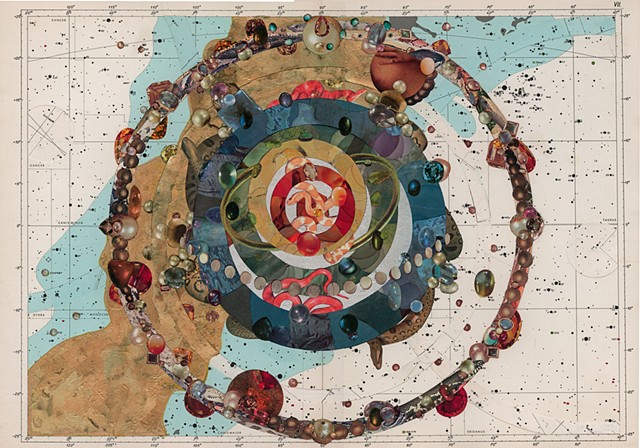 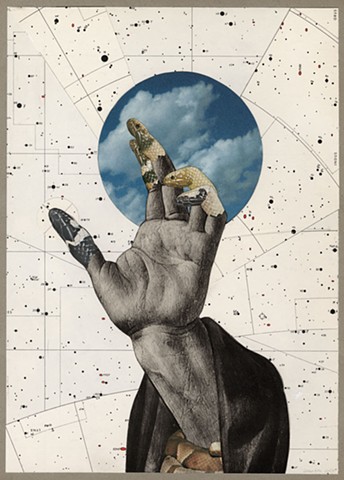 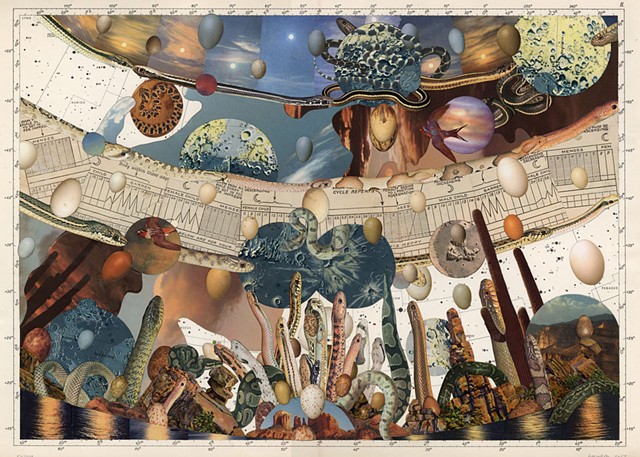 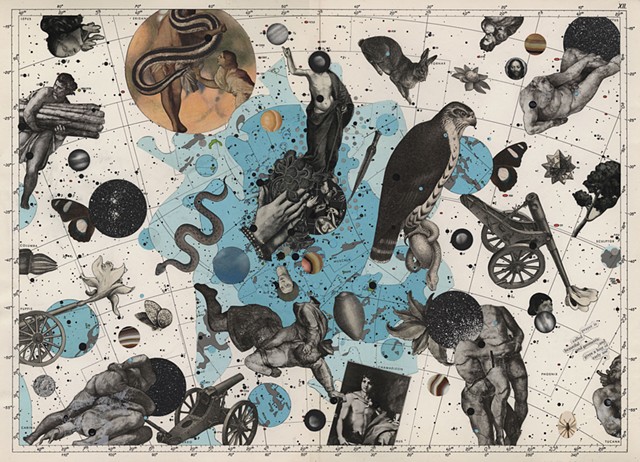 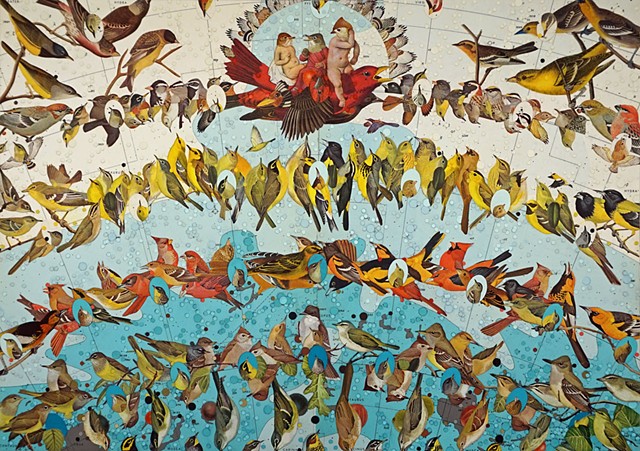 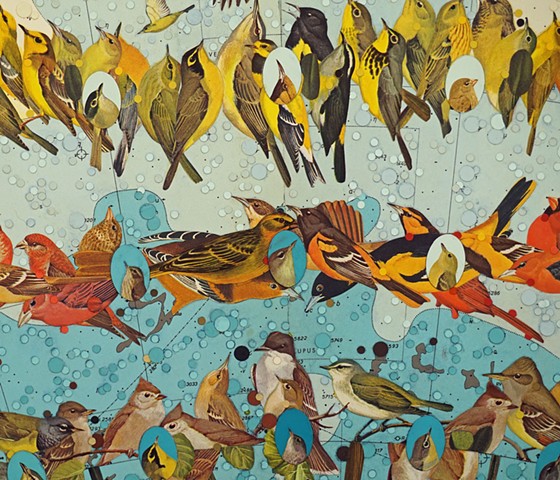 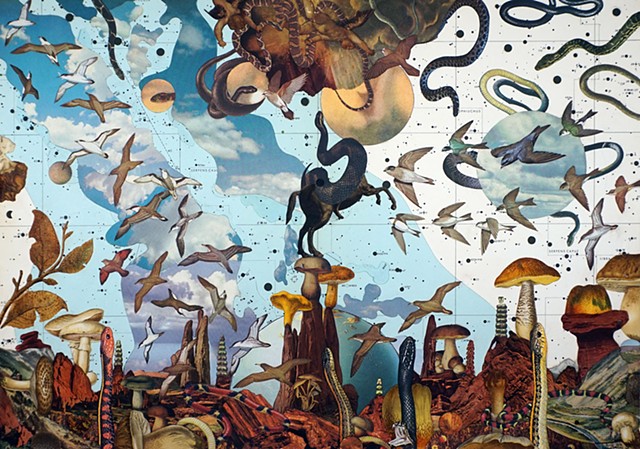 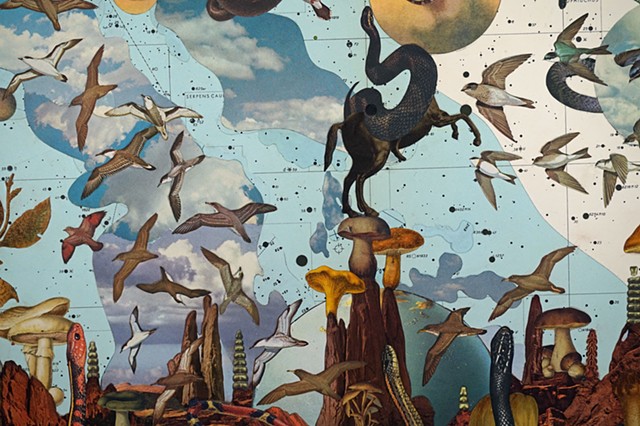 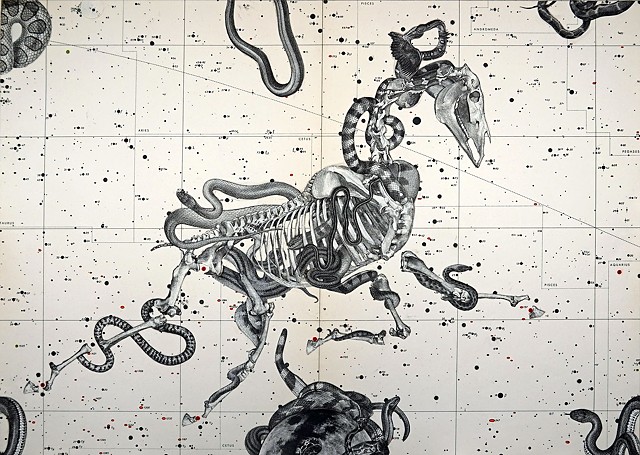 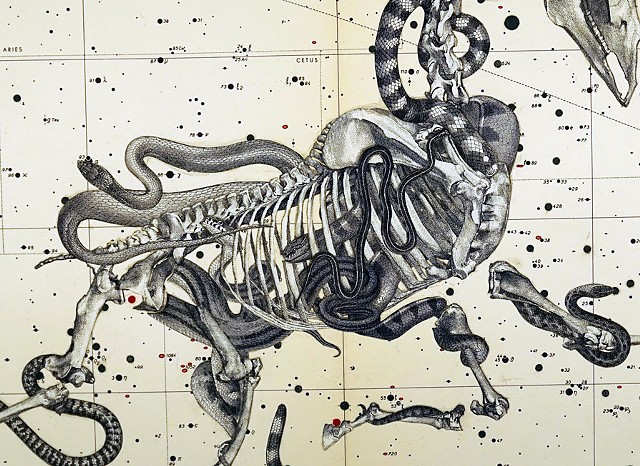 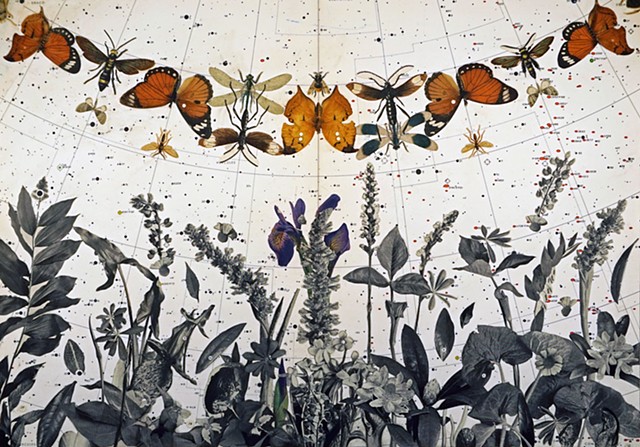 A T L A S O F T H E H E A V E N S 'However appealing we may find the dream of a knowable universe made of paper and a meaningful cosmos made of words, a library, even one colossal in its proportions or ambitious and infinite in its scope, can never offer us a “real” world, in the sense in which the daily world of suffering and happiness is real. It offers us instead a negotiable image of that real world which (in the words of the French critic Jean Roudaut) “kindly allows us to conceive it,” as well as the possibility of experience, knowledge and memory of something intuited through a tale or guessed at through a poetic or philosophical reflection.'

from Alberto Manguel, The Library at Night

I found an atlas of the night’s sky with stars, constellations and a blue toned Milky Way. The night sky, to me vast and unknowable, is reduced to cream-colored pages with lines and dots, each plate, or section of sky, gridded-out, fanning out from their poles as a net cast to snare comprehension. Each plate has a roman numeral, which makes me think of Tarot Cards—another system for grasping the incomprehensible. Atlas of the Heavens is my own divination, derived from a jumble of associations that navigates my own worries and love for a world out balance. Doug Stapleton Chicago IL